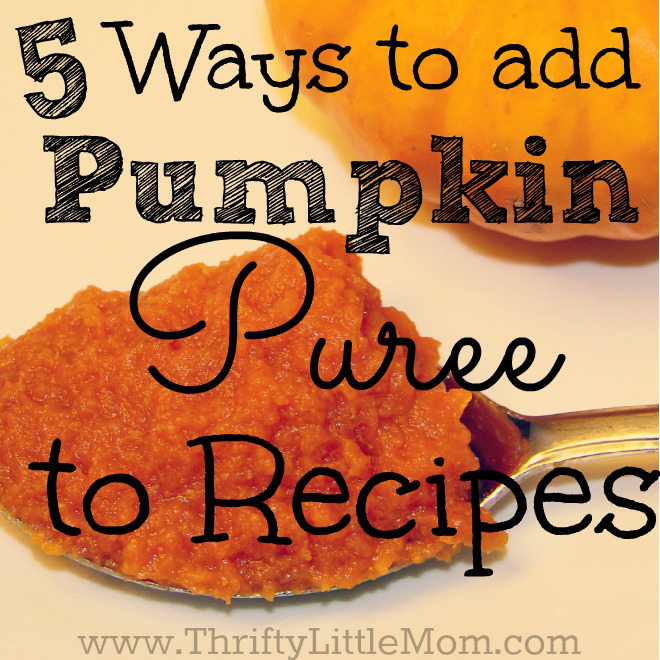 If you are a pumpkin puree lover, now is the time to stock up on canned pumpkin.  This is the season that it is on sale and I have found many manufacturers coupons for it on target.com/coupons as well as coupons.com.  There are apparently many ways to add pumpkin puree to recipes.  I’ve compiled several that I have recently tried.

#1- Boxed Dessert Mixes
I’ve not experimented with pumpkin puree much.  But this past weekend I went on vacation with my husband’s family and watched in shock as my mother in law dumped a can of pumpkin puree into a bowl of brownie mix.  I waited for her to add the oil and stuff but she simply began mixing the two items.  As she poured it into the 9 X 13 pan having done nothing more than pour a box of brownie mix in a bowl and then dump a can of pumpkin puree, I tried to alert her that she’d forgotten something. 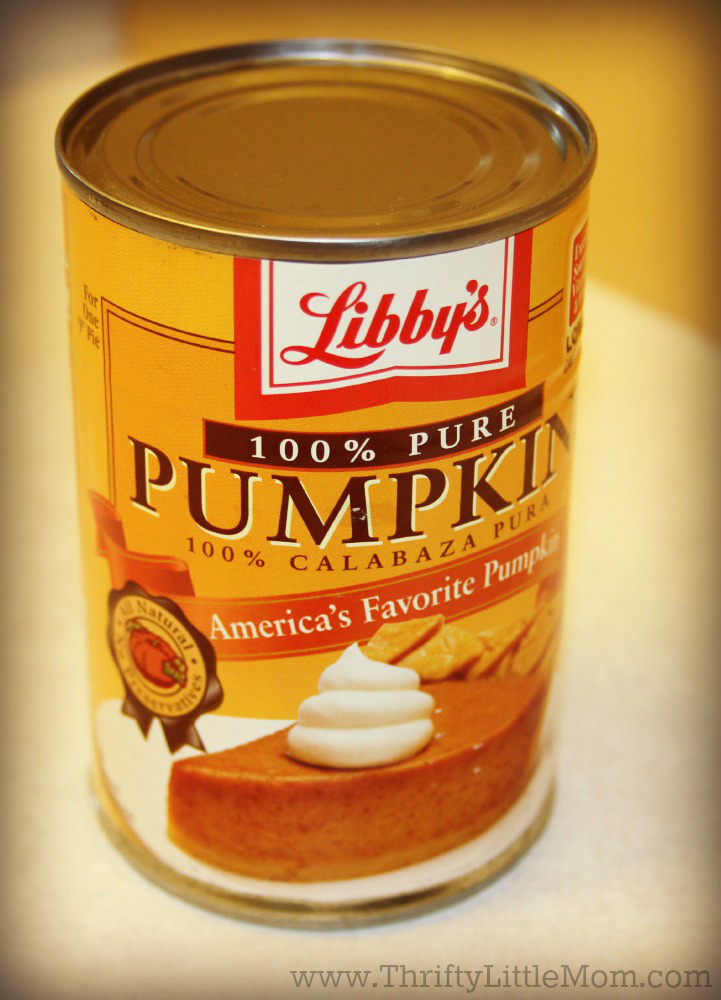 It reminded me of the commercial where the woman is filling up her car with diesel and all the people are running in slow motion to try and stop her.  Her vehicle is a new diesel car.  It was the right thing to do.  And in this situation, as I spoke up, my mother in law let me know that the pumpkin puree worked great and no other ingredients were necessary.  I didn’t believe her, even after she popped them in the oven.  To my surprise a half hour later she had actually made a successful batch of fudgey brownies.

To my even greater shock, every guy in the room ate them with delight and didn’t say a word.  They simply consumed them and came back for seconds.  I was so excited that they had some kind of vegetable in them that I gave one to my toddler who also shoved his mouth full with a smile.  Way to go Grammy!  In fact, it seems that you can do this with just about every kind of boxed cake mix.  So give your favorite cake a go and see if you like it!

After this experience I began to wonder… Was I missing out on a world of deliriously moist goodies filled with pumpkin puree as the base?  Would all these recipes not simply come out tasting like a some odd form of pumpkin pie?  This scenario intrigued me.  What else could I make?  So after doing some investigating, I decided to buy up some sale puree and make some of the foods we already eat a little healthier. 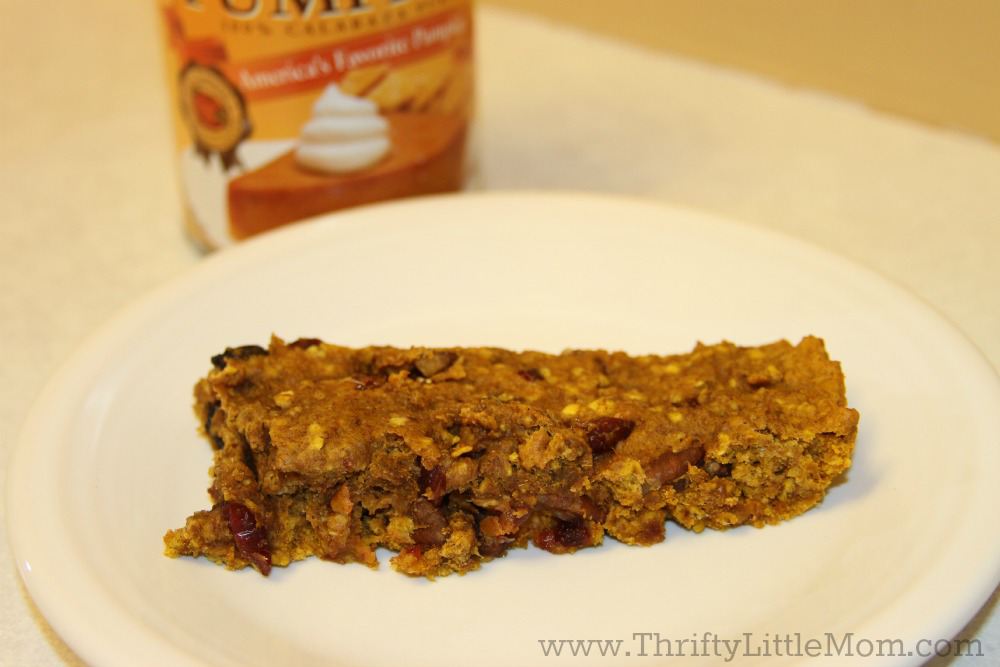 My husband doesn’t like to get up early enough to sit down and eat a real breakfast every morning.  His request is to have a breakfast bar and coffee on the way to work.  But I often feel like those breakfast bars from the store are full of refined sugar and processed ingredients.  They are also really pricey for only 6 bars in a box. I took a look around online for a pumpkin breakfast bar and I found an amazingly tasty recipe by Lindsay at The Lean Green Bean- http://www.theleangreenbean.com/pumpkin-oatmeal-bars/.

My Recipe Edits- I took her advice for making breakfast bars and only used 1/4 cup of the sugars.  I traded out brown sugar for 1/4 cup of honey.  I also used a 1/2 bag of dried mixed berries and 1/2 cup pecans instead of the mix-ins she chose but the recipe is great!

Now I can feel good about sending my husband off to work with a bar that I made from scratch and that I know exactly what went into.  Besides that, I’m saving a ton of money on bars because I can get 14 bars out one batch!  I have also been giving them to my almost 2 year old and he is literally gobbling them up (they are not that sweet at all).

Yes, you read that right.  Sneaks not snacks.  Because for whatever reason toddler’s can barely talk but they all have a veggie radar or something.  I have begun sneaking the pumpkin puree into his snacks like smoothies and yogurt.

I hope this short list has inspired you to make more foods you love with pumpkin.  If you experiment with pumpkin puree on your own please share in the comments section below.  I’d love to hear of other good uses.
Kim Anderson 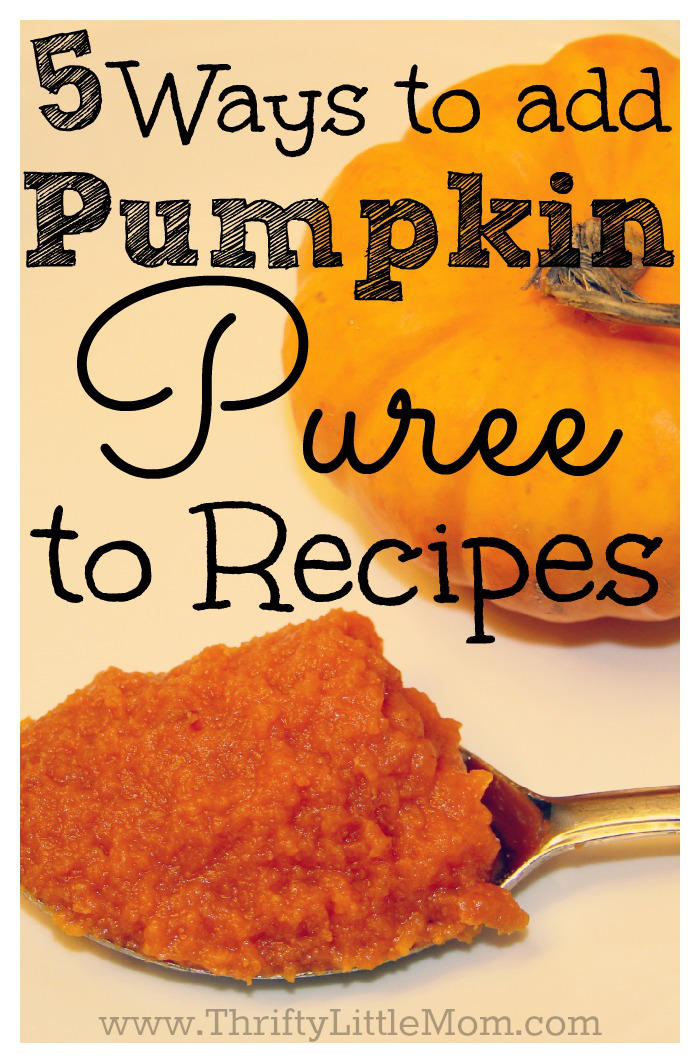 Subscribe to my weekly intentional living email magazine and I'll give you access to my life printables vault! Cleaning, planning, organizing and more!

Success! Now check your email to confirm your subscription and get access to the printable library!

Don't forget to check out what's in the resource library! https://thriftylittlemom.com/thrifty-little-mom-resource-library/ Password: Thriftyprints