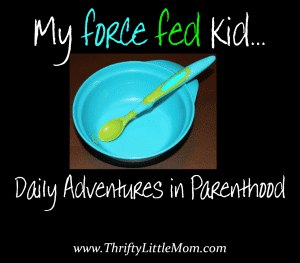 On Wednesdays I’ve decided to start a series called “Daily Adventures in Parenthood”.  The title is self explanatory but the content will change from week to week.  This week I want to talk about my force fed kid.  Don’t judge me yet.  Just give me a minute to explain what I mean by “force fed”.  My definition is a little different. You might just find yourself in the same place as me.

You see it all started about a month after my child was born.  We were first time parents taking our child to his newborn pediatric appointments.  After several newborn visits the pediatrician had some data to go off of for my son’s growth.  At the end of this appointment I was being sent into “lactation” meetings to figure out why my kid wasn’t getting enough milk to keep up with the “growth percentile charts”.  So I was basically told that I wasn’t “producing” enough milk and should pump after every feeding session to improve this or consider formula.  I wondered if I was the crazy one?  Was it wrong for me to feel like that was the most impossible concept in the world?  I mean this kid was literally eating every 2 hours.  I know because I literally carried around a timer.  Seriously, EVERYWHERE I WENT. Like one you have in your kitchen!  My kid was fed based on a clock and nothing else.  In fact, I remember my husbands grandmother who had had 5 kids couldn’t believe that I carried that thing around.  In hindsight, the force feedings began at 1 month old because  I never let my kid dictate when he was hungry.  I just made sure he got fed like I was told by the doctor. In addition, the thought of feeding my baby for 80 minutes at a time and then pumping and then starting the nursing cycle again 20 minutes later made me want to have a break down. And I probably did, a few times.

As he got older and I decided to relax a little and loose the timer, life got easier and I just started filling his tummy with formula at night just for good measure.  Once he hit solids we were good!  He ate everything I gave him.  I was so thankful that I was one of the few moms who had a baby that would eat anything you gave him!  He kept growing and just like all things, a new season of life arrived.  He hit the age of about 15 months and suddenly he had developed a new move when eating.  It looked a little like a chef sprinkling salt or spices.  Except my son would take the food from his mouth, spit and sputter like I had given in dirt to eat and extend his hand with the food in it and sprinkle it as far from his little body as he could get it.

Now a new pressure came.  Suddenly, I was getting these coupons pamphlets in the mail from major baby food companies that listed out the diets of my kids age and stage.  His diet didn’t look like those pictures.  Those old feelings rose up again.  Am I feeding him enough?  What if he isn’t eating all the nutrients he needs?  How do I get him to eat meat?  Why won’t he eat vegetables?  My new mom insecurities were kicking in and so I turned to the same place everyone else does…the internet.  Which as we all know is a powerful tool but an EXTREMELY diverse one.  You can either come away from online research feeling like a good mom with smart kid or bad mom with a kid that’s missing the mark.  So how could I get him to eat all those things that chart was saying to eat without force feeding him?  Unlike infancy where he would eat every chance he got, now I had a little independent eater and thinker which is a dangerous combination for a control freak mom like me.

Trying to spoon feed a kid that has experienced self-feeding freedom is a loosing battle.  It just makes a mess and we both end up crying.  So I had to go to plan B.  Sneak the stuff into food.  That worked pretty well.  I’d make smoothies, pouches and veggie muffins.  It gave me a little sense of relief until I went for my 18 month pediatric visit.  I opened my silly mouth to the PA about how I was getting him to eat vegetables and meats and after a ten minute interrogation was led to believe that I needed to stop with the smoothies and pouches and give my kid solid vegetables.  I wasn’t sure how to be more clear.  He doesn’t eat them unless they are pureed.  And here we go again!!  Just when I thought I had this mom thing mastered I’m feeling like a loser again because I can’t get my kid to fit on a food chart probably created by a bunch of scientists who don’t even have kids and who have never fed a toddler.

After that appointment I came up with a plan for handling my toddler’s picking eating.  I was going to let him decide what he was and wasn’t going to eat for once in his little life rather than facing a battle of wills just to get him to eat when he wasn’t really hungry to make sure his diet was perfect.  My only job as a parent is to insure that I present my child with healthy options in a form that he will eat as well as allows him to try new things.  If he chooses not to eat that item today, I’ll do it again tomorrow.  When we sit down for dinner, he will get one item on his plate that he enjoys and the rest will be the food we are eating for dinner.  If I notice that he hasn’t chosen to eat some veggies for a day, the next day I make him a very green fruit smoothie.  I think that every single mom is different and it’s okay if your kid doesn’t fit on some chart that is the “standard” for today’s kid.  To be honest with you, today’s standard is jacked up anyway.  My kid went on a growth chart from birth to be compared to an extremely diverse sampling of kids.  Kids who were formula fed, breast fed or both.  So for all you moms out there who are experiencing the ups and downs of feeding your infant and toddler, take heart.  In a few years you will be laughing at yourself for wasting your life worrying about it.  Do the best you can do and enjoy your child.  These years are going by fast enough to miss them if we aren’t careful.
Kim Anderson

Subscribe to my weekly intentional living email magazine and I'll give you access to my life printables vault! Cleaning, planning, organizing and more!

Success! Now check your email to confirm your subscription and get access to the printable library!

Don't forget to check out what's in the resource library! https://thriftylittlemom.com/thrifty-little-mom-resource-library/ Password: Thriftyprints 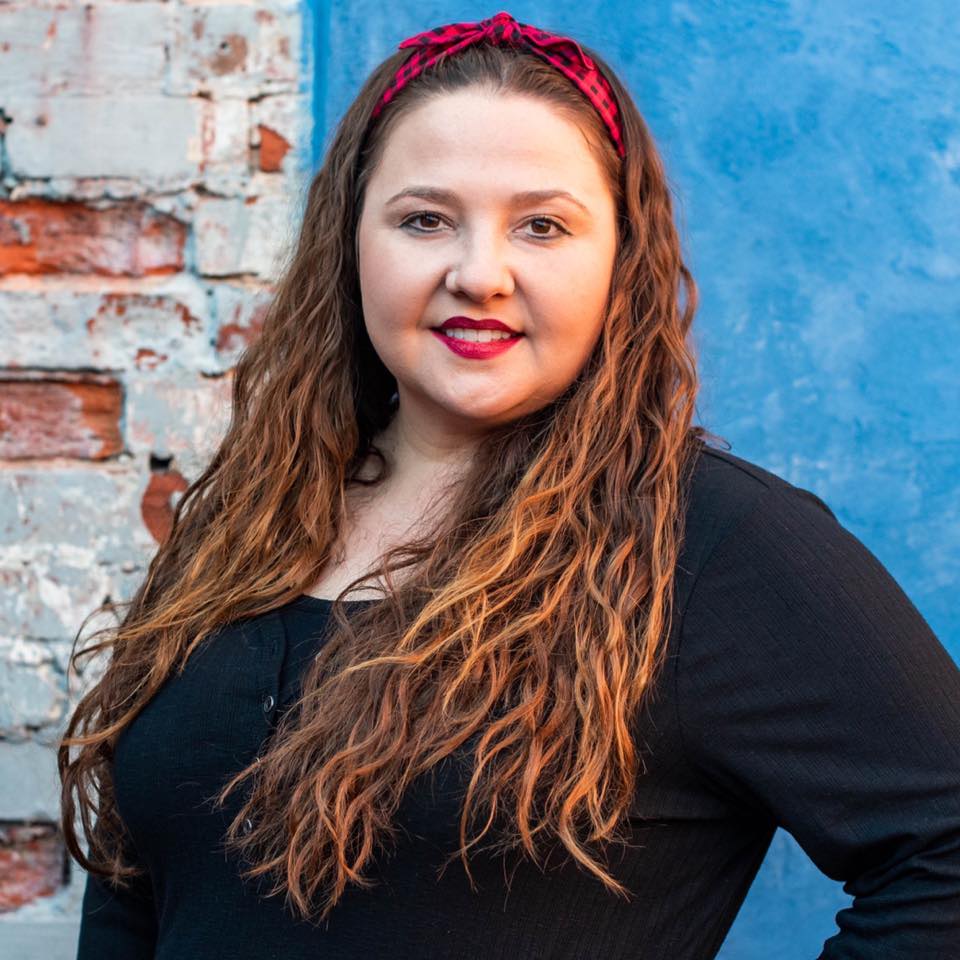